skip to main | skip to sidebar

Last Blog of the trip

So today was a really fun day. We started off by going to a pottery house and watch how some of the pottery is made. After that we got to look through the store and buy some of it. When that was over we got on the bus which took us to a park where we relaxed. i think that everyone needed the park because it was a good chance to relax or get out any crazyness within. We did that for an hour and then went to a bath house. It was one of the most relaxing things i have ever done. When we left there i felt so good and refreshed. Once we got on the bus we headed back to the school for the dance party. because were cool we showed up late. The place where the DJ was looked really cool and everything looked like a dance club. Everyone was dancing and having a good time then all of a sudden it broke. They had to bring down some speakers and a CD player to finish up the party. When the party ended everyonne went outside and started to say their goodbyes. well this is the lasst blog.

peace out
Posted by Ryan Blake at 1:33 AM No comments:

Take 2 at Woo Hoo i went to Europa Park 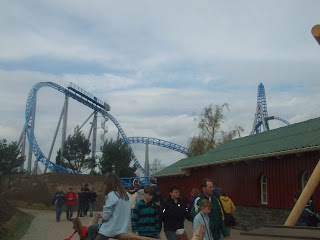 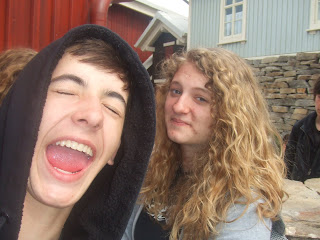 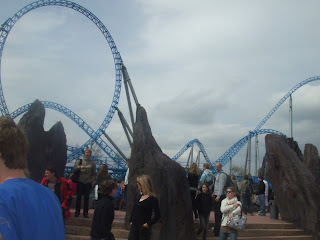 ok so its take 2 because i tried to type Woo Hoo and hit the enter button instead of the shift button.they look exactly the same it just confuses me.

The park was amazing. When we got there we could see some of the rides and everyone was excited. We had to get into groups of at least 5 but i was like in a group of 15 people so i was good. We went on a ride called Silver Star. It was really fast and really fun. We rode that about 3 times. There was one about space that we went to but it played like tecno music so we raved the whole ride. The was the Posiden which was a water ride. not that great but was still fun. We rode so many rides it would take a while to tell you guys reading this. After we wpent the whole day riding rides and having a blasty blast(thats right i just said blasty blast) we got on the busses and went back home. the bus ride back was just as fun. Morgan and i were rocking it out to my ipod. Well its been a long day and i need to relax

peace out
Posted by Ryan Blake at 11:52 AM No comments:

bowl'in it up in France 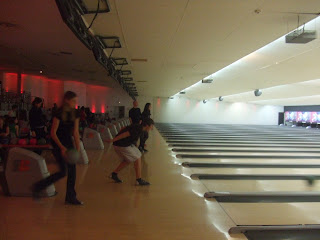 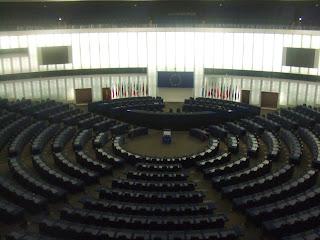 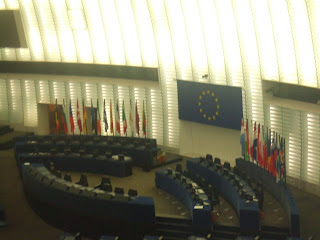 Today i got to sleep till 7 which is good compared to when i normally have to wake up. We met at the school and went to another gym class with them.we played a version of dodgeball. french vs american. we lost. twice. but nobody really cares cause it was dodgeball. after everybody changed back into regular clothes we went bowling. It was really fun. i didnt keep score because nobody really bowled their whole entire thing. After bowling we went to the European Parliment. it was reallt nice and big. The bad part, we were in a room for 3 hours listening to this guy talk and im as nice as the next guy trying to pay attention but 3 hours is a long time. Once the guy finished up we went into the big room where they do most of the consulting and talking. this room was huge. When we left there we went back to the school and met up with our host kids. Some of them had class so i was in french math with some other people. Math is alot more complicated in french. lol
ok well i got to go so peace out
Posted by Ryan Blake at 12:14 PM No comments: 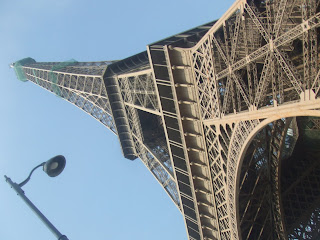 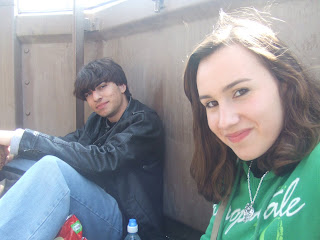 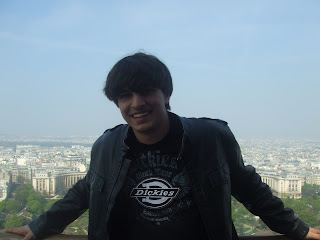 ok so i know that the blog is a day late so if you were looking for it. it wasnt here so your not crazy.well maybe you are but thats just who you are. ANYWAYS.....

waking up early to go to the trainj station not one of my favorate moments of the trip. but the train ride was pretty fun. Wehung out and talked and then we got onto a bus. The bus showed us around paris and some historic places there if there werent already alot. we got off the bus and visited the eiffel tower. Now alot of people can say that they visited the eiffel tower but morgan and i had lunch on it. best lunch ever. Afterwards we went down to the nice park and were able to look around at the shops. When everyone was done we went back to the bus which took us to the louve (i hope i spelled it right) we saw the alot of famous painting that im not going to say because i dont want to misspell them. They were nice though and it was really historic. there was a candy store in the bottom part where we left the bus and so i got me some gummu bears yummmmmmm. i love me some gummy bears. That was about it because after that we had to get on the bus and get to the train station to leave.
Posted by Ryan Blake at 11:34 AM No comments:

This weekend was really fun. To start off i slept in till late and i love to sleep. when i woke up i had some baguette or however you call the bread. its soooo good. I went and saw maxime reff a match and then we satyed and watched the next one. In france the call it babyfoot but in america its foosball (soccer in gremany)(table soccer in america). Well that was saturday.

Today we went to the Strasbourg futboll team play. Imagine the students at a UNC home game in the finals and miltiply that by like 50 and thats how this group of fans were. they were like the team's fan club. the whole match they were cheering and clapping and cheering and clapping. THE WHOLE MATCH. It was awesome. there were some of the american kids at the game and it was really fun. Afterwards we went to maximme's grandparents house and had a really good meal. there was some much good food i didnt know where to start.
But now the day is done and i cant wait for paris tomorrow
Posted by Ryan Blake at 12:14 PM No comments:

I was in the news

yea i think that being in the new is pretty cool. When i first heard i was like no way but i was. And another cool this is that i was in the french news check it out. http://info.francetelevisions.fr/video-info/
go to about 9:30 into it and theres us. WOO HOO go us.
on another note today was what maxime says OBAMA's Day. we went on a busride to where we were going to see him. Everybody was really anxious and excited about what would happen. finally we went inside the auditorium for Obama and then we waited. There was a singer there before obama to pass time but i was in line for some coke's so if you want to know who or how it was . just check another blog. Obama came out and everybody cheered. He spoke for about 15 minutes and then had a 45 minute Q&A. it was really cool. We left and everyone was all excited about what we just saw. Wel thats about it so im going to go

Ryan Blake
I'm a student at UNCC. I'm from Wilmington, NC and yes i know how to surf.